Parceled out to friends and relatives, my sisters and I were separated from our parents and each other for several weeks. You see, my dad had been invited to Australia to teach at the University there and he took my mom along with him.

I was fortunate to be able to stay with family friends who had a daughter in high school. I was 12, so that was the best thing ever! We did all kinds of things, traveled to San Diego, went on trips with the youth group of their church. I watched Jaws for the first and only time, getting terrorized to go into the ocean, played a lot of ping-pong and developed a major crush on a boy about to go into college. It was a great trip and I still remember it fondly.

Six long years ago, Captain Reynolds Macy sailed away from his bride, looking forward to the day when he would return to Nantucket Island with a ship's hold full of whale oil. But when that momentous day finally arrives, Ren soon discovers that everything has changed in his absence. Everything. "Is nothing on this island as it appears to be?" he whispers in despair.

Unlike most islanders, bold and spirited Daphne Coffin doesn't defer to Ren as an authoritative whalemaster, but sees through his aloofness to the aching heart beneath. She encourages him to return to his Quaker roots and "mind the Light," finding solace in God and community. As Ren becomes the man she believes him to be--honorable, wise, faithful--she finds herself falling in love with him.

But how can she, when her heart is spoken for? Tristram Macy is Ren's business partner, cousin, and best friend--and Daphne's fiancE. Love always comes at a cost, but when is the price too high?Suzanne Woods Fisher welcomes readers back to the Quaker community on Nantucket Island for this riveting love story, full of unexpected moments.


Also in this series: Phoebe's Light (Nantucket Legacy #1), The Light Before Day

Ren’s twins were already 6 years old before he knew they existed. Not because his wife had hidden the fact she had them. It was because he had been whaling. For 7 long years! It is hard to fathom having the kind of career that would require a commitment like that.

Ren was so noble. During the time away from his wife of just a few months, he remained faithful to her and loved her dearly. He also bucked tradition and promoted a Negro to the position of second mate and treated him with kindness.

Daphne was amazing! She was so determined to do what was right and good. Her deep love for her sister and her children was so natural and motivated so much of what she did. This was at least a little amazing considering her mother was shrewish and bitter.

I related well to the characters and found them to be multi-faceted and very interesting. There was some mystery related to Jane’s death and the deplorable way that it came about.

Apparently, the Quakers in the 1600s and at the beginning of the 1800s struggled with issues related to slavery and bigotry and prejudice. I remember hearing the part many Quakers played in the Underground Railroad and assumed that they would have always taken a stance against slavery. The author tackled this difficult subject and shed light on the fact that there were struggles within the community of “Friends”. Though they refused to purchase products that used slave labor, such as cotton and sugar, they still segregated the Negros and the natives and treated them with less respect than they showed each other.

Minding the Light was a great addition to this series.

Preview of Minding the Light

This beautiful island, thirty miles off Cape Cod, is steeped in history. Here are just a few interesting reasons to add a visit to Nantucket to your bucket list.

The Power of Words, July 4

Reading Is My SuperPower, July 10

Among the Reads, July 12

proud to be an autism mom, July 12

Have A Wonderful Day, July 16 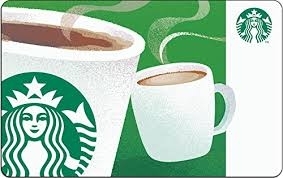 To celebrate her tour, Suzanne is giving away a $10 Starbucks gift card to five winners!!

Be sure to leave a comment on one of the blog stops for 9 extra entries into the giveaway. Click link below to enter. https://promosimple.com/ps/d1c4/minding-the-light-celebration-tour-giveaway

Her Undercover Prince by Carol Moncado &

More Than Words Can Say by Karen Witemey

Christmas with the Cowboy by Tina Radcli