He’s taken her as his prisoner. But she’s holding his heart captive. In gaining their freedom, will they lose what matters most?

When Lady Olivia’s castle is besieged, she and her sister are taken captive and held for ransom by her father’s enemy, Lord Pitt. Loyalty to family means everything to Olivia. She’ll save her sister at any cost and do whatever her father asks—even if that means obeying his order to steal a sacred relic from her captor.

As Lord Pitt’s commander, Sir Aldric is in charge of the beautiful but feisty new prisoner. He has his hands full attempting to keep Lady Olivia out of trouble. When Lord Pitt throws her in the dungeon and threatens to hang her for stealing, Aldric conceives a plot to save Olivia’s life—betrothal to him.

Can Olivia give up the prestigious match her father has arranged with a wealthy marquess in order to marry a lowly knight like Aldric? And can Aldric move beyond his past mistakes to embrace love again? When loyalties are tested, they’re thrust into danger that could cost them their love and their lives.

A Loyal Heart teaches the need of being loyal and also the importance of the object of that loyalty. Olivia was very loyal to her father, as he had taught her to be. But she needed to learn that our loyalty really belongs to God and He is the only one worthy to receive it.

It was fun to read about the relationship between Olivia and Aldric. It started off on the wrong foot, with them fighting, literally, as the feisty Lady Olivia defended her home with a sword, and then as she exasperated him over and over as she tried to escape with her younger sister as they traveled to Lord Pitt’s castle.

As much as I liked the main characters, I really loved Lord Pitt. Loyal to the king, his motive for taking Olivia and Isabel captive was possibly reasonable, though taking a woman and a child as prisoners was probably not the noblest way of achieving his goal. What I did love about him was the way he manipulated the circumstances to achieve what he felt was best for Aldric.

From battles to attempted escapes, from attempted robbery to the dungeon with threats of hanging, and a thread of romance woven throughout, this story brims with action and adventure.

This past year my youngest daughter turned twelve and entered seventh grade. And she decided that she wanted to read my books.

Of course I was thrilled that she was taking an interest in my writing. But since my adult historical romances are more intense and contain some mature themes, I handed her the young adult series I’ve written.

As she started the first book, I peeked in her room a time or two to ask her how she liked it.

“It’s the best book you’ve ever read, right?” I teased.

“It’s okay,” she replied, teasing me right back.

The true test for how much she liked the series came when she couldn’t put the book down. She hid away in her room and read all day. Then she read the second book the next day and the third book the day after that.

She never did gush over the series. But she didn’t need to. Her serious reading marathon told me all I needed to know! Then when I was writing the fourth book in the series, she asked me if she could read it early before it was published which was another testament to how much she enjoyed the series.

“As long as you promise to say that I’m your favorite author,” I said, teasing her again.

I’m happy to say that she finished A Loyal Heart just as quickly as the others. Although I’m not sure that I’m her favorite author, I’m satisfied that she loved the series.

Even more, I’m thrilled that I could hand her sweet romances full of chivalrous qualities—like courage, sacrifice, honor, and loyalty. As she’s being entertained, she’s learning lessons about character traits that are important in relationships.

My daughter, like other young teens I’ve talked to, really enjoys medieval settings and stories. In some ways, those kinds of stories connect them to the princess fairy tales they used to love when they were little. Let’s face it, even adult readers still love stories about knights and castles and daring damsels!

In a book market for teens that has grown increasingly dark, jaded, and sexual, I only wish I had more to offer my daughter and other young women. It’s my passion to continue providing wholesome, clean romances for teens, books I know will encourage and uplift as well as entertain.

How about YOU? Is there a teen reader you know who needs an alternative to what’s available in the market? I encourage you to gift them with A Loyal Heart. And make sure to enter the giveaway for a chance to win the entire series that you can read, pass along, or even gift to your library.

Among the Reads, March 27

Reading Is My SuperPower, March 29

Cover to Cover and Everything in Between, March 31

Romances of the Cross, April 5 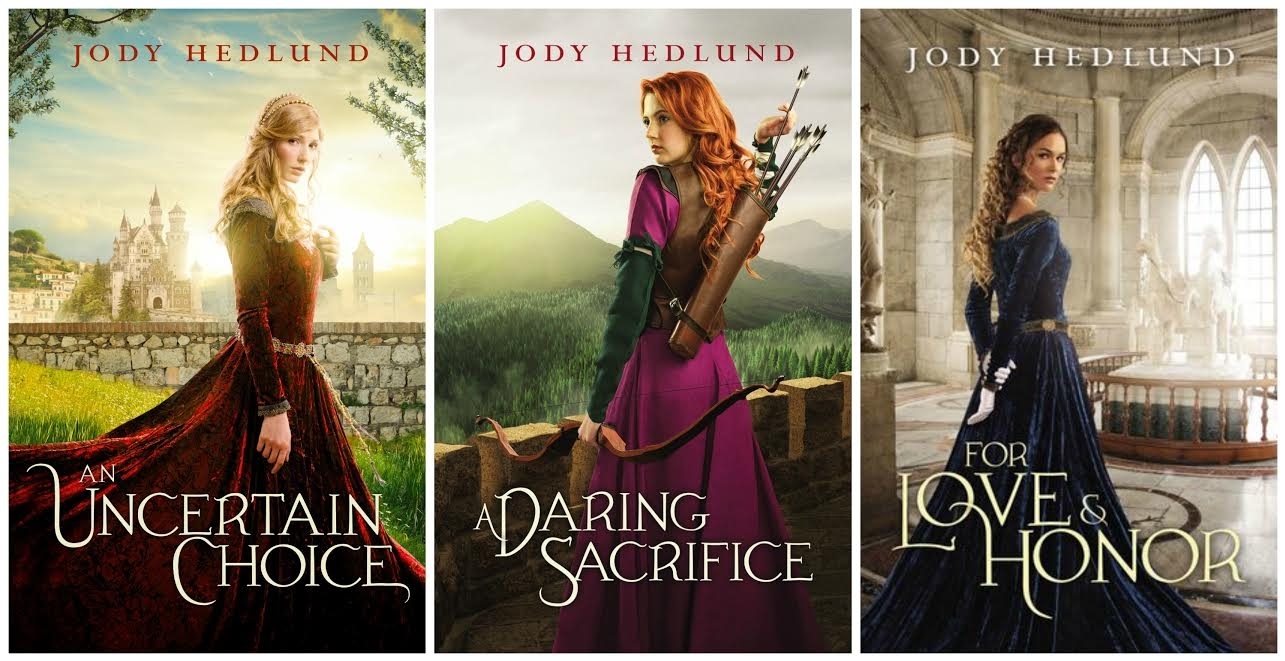 To celebrate her tour, Jody is giving away a grand prize of An Uncertain Choice, A Daring Sacrifice, For Love & Honor, and A Loyal Heart!!

Jody Hedlund is a best-selling and award-winning author who loves fairy-tales and happily-ever-afters. She makes her home in Midland, MI with her husband and five teen-aged children. When she’s not writing another of her page-turning stories, you can usually find her sipping coffee, eating chocolate, and reading.

Together Forever by Jodi Hedlund –

Searching for You by Jodi Hedlund –

Evermore by Jody Hedlund – Book Re

The Firefighter’s Twins by Heidi M

The Lucky Billionaire by Jeanette Lewis

5 responses to “A Loyal Heart by Jody Hedlund – Review”