Love by the Numbers

After a buggy accident claims the life of her fiancé, Lydia Hershberger makes a fresh start in Jamesport, Missouri, managing a gift store. It isn’t long before she meets the young man hired to handle the bookkeeping—Caleb Bontrager, whose handcrafted cuckoo clocks are sold in the store.       //

And it isn't long before Caleb has made up his mind about her: bright and sparkly but not right for him. Alarmed by his attraction to her, he determines to settle down with someone more practical. Less sparkle. More logic. But he can’t seem to shake his feelings for Lydia.       //        When false allegations by the bishop back home catch up with Lydia and threaten to ruin her reputation, can she clear her name and find lasting happiness? Or will her sunny disposition fade away into heartbreak?

Love by the Numbers is a touching story of two Amish people who needed to learn about God’s grace for their lives.

Lydia had been unjustly accused and was shunned by her community for refusing to confess to something she had never done.  Moving from Ohio to Missouri to help out at her Mennonite aunt’s store, she hoped the rumors from her past wouldn’t follow her.  She also had trouble not allowing the accusations from affecting her image of herself.

Caleb had a dark secret from his past that caused him grief and fear of making bad decisions.  While drawn to Lydia’s bright, exuberant, and “sparkly” personality, he judged her from that experience as bad for him.

Because Lydia had been raised to see God as a harsh judge, and not as a Father who loves her with an everlasting love, she had difficulty seeing herself as God sees her.

It was really fun reading about how Lydia struggled with figuring out how to use electricity and the appliances in her aunt’s apartment.  Her inability to cook things without destroying them on the stove was funny as was the time she sat down staring at the television and had no idea how to even turn it on.

I really liked the characters and the story.

Story Behind the Story – Love by the Numbers

Caleb was a minor character in couple of my Amish books – I think he first made a by name appearance in Amish Wanderer and Christmas Admirer. A minor character. Lydia was a very minor one-time appearance in those stories, too, a girl who happened to be in the room with Bethany and Susanna at a wedding. (This story is stand alone!) But I knew when Caleb first saw Lydia that they would end up together by the way he reacted to her presence. I wondered what their story was. 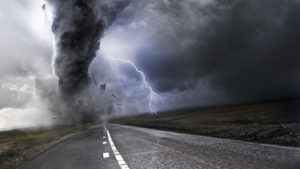 March and April is tornado season in Arkansas (and in many other states) and in 2011 we had a bad one. I was out and about that day, driving to the county seat with my five children, and there was something in the air. It was heavy, hard to breathe, and the sky was black off to the west. I’m sure I broke speed limits racing to Melbourne, and then home again so we wouldn’t be out in the storm.

Later that afternoon, tornado sirens went off. One went over our house – even from the basement we could hear the sound of a train roaring overhead. Scary. And still thanking God it didn’t touch down. Highland, Ash Flat, and Evening Shade, Arkansas were hit hard. Buildings completely gone. When we drove out that way later in the week there were pickup trucks in the tops of trees. Other things in odd and unusual places. I always wondered how they got the treetop pickups down. I would’ve stopped to watch if I’d been out there when it was done. I did hear that some of those trucks weren’t damaged at all. Unreal. My two sons and my husband both helped with clean up and my oldest son went with a crew to Joplin, Missouri, to help with clean up there.

There has been other occasions I’ve been out in tornados. Once I was in the Walmart parking lot when a tornado went through a town west of it. We could see the funnel touching down from where we stood. It did hail when we were on our way home, praying our house was still standing. It was. 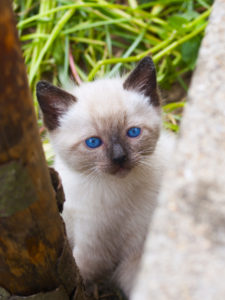 On a different note, in 2016 my oldest son came home with a kitten. She was the sweetest thing ever, and he named her Rosie. Sadly, I was highly allergic to her. I couldn’t even be around the children after they played with her. They’d have to go change clothes and wash their hands, otherwise I couldn’t breathe. Rosie was full Siamese, blue eyes and all, and she was so adorable. I allowed my son to keep her in the shed. I was about four chapters into the story when Rosie found some poison (I think, not sure) and died. We all cried.

Also about the time I was writing this, a very dear friend of a lot of writers died. I told my street team I was going to name a character after her, and was told a lot of writers would be. I agreed. And a lot of their books were released already. But Aenti Judith in this story is named after Judy Burgi. I still miss her and pray for her family.

One of the verses my daughter had to memorize in Sunday School was 2 Corinthians 4:8-9. ‘We are troubled on every side, yet not distressed; we are perplexed, but not in despair; Persecuted, but not forsaken; cast down, but not destroyed.’ Perfect for the faith message in Love by the Numbers! I love how God always provides the perfect verse for my characters’ faith messages. I’m pretty sure this verse is one I never memorized, and I never would of thought of it on my own, but God put it in my daughter’s lessons for Sunday School, so she had to memorize it – and thus I did too since I help my daughters learn their verses every week.

I hope you’ll enjoy the story!

In honor of the tour, Whitaker House is giving away

LAURA V. HILTON is a member of the American Christian Fiction Writers and is a professional book reviewer for the Christian market, with more than a thousand reviews published on the web. Her first series with Whitaker was The Amish of Seymour, including A Harvest of Hearts (2012 Laurel Award winner, first place in the Amish Genre Clash); and her second was The Amish of Webster County. Her most recent series was The Amish of Jamesport, featuring The Post Card, The Snow Globe, and The Birdhouse. Laura and her husband, Steve, live in Arkansas with their five children, whom Laura homeschools.

Married to a Stranger by Laura V. Hilton

Shelter of the Most High by Connilyn Cos

Three Fortunes for the Billionaire by Do

A Mountain Worth Moving by Amanda Mason

« Romance in the Air – Valentine’s Day
Before the Leap by Liz Isaacson – Excerpt, Giveaway, Sale »