I hurt as I heard the words my Aunt Sally’s “friends” and fellow churchgoers had spoken to her related to the cancer that was eating away at her body. As if she could manufacture the faith necessary for God to be willing to take the time to heal her.

Don’t use a lack of faith as an excuse for God not answering prayers in the way you hoped. God doesn’t need your excuses. Those who are sick or suffering don’t need to feel like they are lacking and therefore God is punishing them by not answering their pleas.

Having “enough” faith is never the issue. We need just a grain. A mustard seed of faith. God can do all things. He always hears our prayers. Sometimes the answer is no. As Paul found out when he prayed for deliverance from the thorn in his flesh.

I’m so thankful that my aunt had enough faith that she was not crushed by her friends’ accusations and that she kept her faith and hope in God. His answer to her prayer for healing was “yes” but not in the way they were praying. Today she is in the presence of Jesus, completely whole and free from pain. Is there a better healing than this?

After the tragic death of her husband, Aven Norgaard is beckoned to give up her life in Norway to become a housekeeper in the rugged hills of Nineteenth-Century Appalachia. Upon arrival, she finds herself in the home of her late husband’s cousins—three brothers who make a living by brewing hard cider on their three-hundred acre farm. Yet even as a stranger in a foreign land, Aven has hope to build a new life in this tight-knit family.

But her unassuming beauty disrupts the bond between the brothers. The youngest two both desire her hand, and Aven is caught in the middle, unsure where—and whether—to offer her affection. While Haakon is bold and passionate, it is Thor who casts the greatest spell upon her. Though Deaf, mute, and dependent on hard drink to cope with his silent pain, Thor possesses a sobering strength.

As autumn ushers in the apple harvest, the rift between Thor and Haakon deepens and Aven faces a choice that risks hearts. Will two brothers’ longing for her quiet spirit tear apart a family? Can she find a tender belonging in this remote, rugged, and unfamiliar world?

A haunting tale of struggle and redemption, Sons of Blackbird Mountain is a portrait of grace in a world where the broken may find new life through the healing mercy of love.

When God didn’t heal Thor of his deafness, the preacher who prayed for him blamed it on a lack of faith, leaving the young boy hurt and bitter. And thus at a young age, he turned to the cider that his father sought for solace from his grief. My heart was broken for Thor as he fought his addiction.

I loved Aven. She had experienced so much hardship in her life and while many would have become bitter, she still had such a tender and gentle heart. Despite her past, she allowed herself to take time to get to know Thor in a way very few ever had. She saw past his addiction, past his inability to hear or speak and truly learned to listen to him.

If you have read many reviews I have written, you may know that I don’t like books that are dark or depressing. It isn’t that I’m hesitant to read about difficult subjects – I just prefer to end my reading on a high note. One of the reasons I rushed to sign up for this blog tour is that I am familiar with the author’s work. I know that she tackles difficult subjects in a sensitive and compelling way without leaving the reader feeling helpless and hopeless. Compelling. Insightful. Thoughtful. Hopeful. Before I even picked up Sons of Blackbird Mountain to read, I knew that is what I could expect. I was not disappointed.

In addition to the issues related to deafness and to alcoholism, Sons of Blackbird Mountain addressed the prejudice and hate that arose in the form of the Ku Klux Klan at the end of the Civil War. The Norgaard brothers were targets of “demonstrations” as a result of their refusal to discriminate. Which, of course, had me loving them even more.

If you are looking for a historical novel that will touch your heart in a significant way, do not hesitate to pick up a copy of this story, or any other that Joanne Bischof has written. You will not regret it!

Preview of Sons of Blackbird Mountain

The Power of Words, July 6

Among the Reads, July 6

Reading Is My SuperPower, July 9

To Everything A Season, July 12

With a Joyful Noise, July 13

proud to be an autism mom, July 14 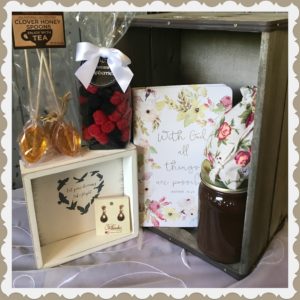 To celebrate her tour, Joanne is giving away:

JOANNE BISCHOF is an ACFW Carol Award and ECPA Christy Award-winning author. She writes deeply layered fiction that tugs at the heartstrings. She was honored to receive the San Diego Christian Writers Guild Novel of the Year Award in 2014 and in 2015 was named Author of the Year by the Mount Hermon conference. Joanne’s 2016 novel, The Lady and the Lionheart, received an extraordinary 5 Star TOP PICK! from RT Book Reviews, among other critical acclaim. She lives in the mountains of Southern California with her three children.

In Spite of Ourselves by Jennifer Rodewald – Book Review

A Girl’s Guide to the Outback by Jessica Kate – Book Review, Preview